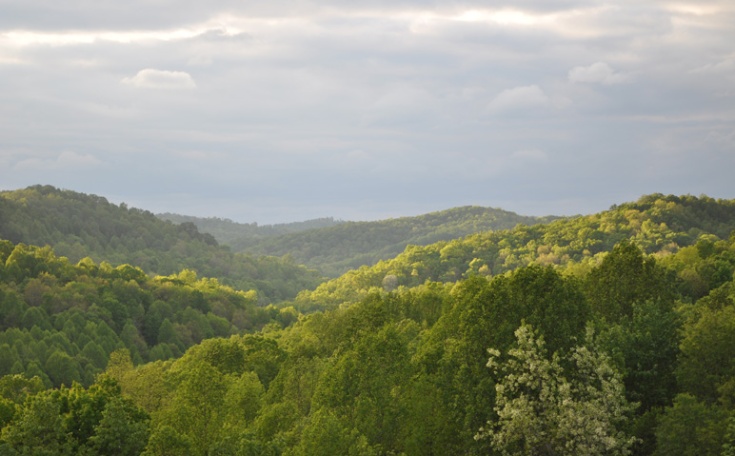 that millions of years ago the earth was flat and covered by the oceans.

Then the tectonic plates moved and collided and crinkled and pushed up mountains.

Rivulets of rain water formed a brook, then a stream, then a river,
taking with it small particles of the mountain,

until now we have
craggy peaks and deep, dark valleys.

There were no witnesses.

The evidence is circumstantial but compelling.