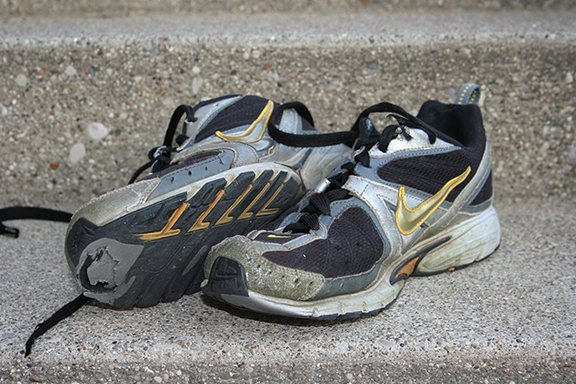 I first said that probably twenty-five years ago. I was struggling to finish the Charleston Distance Run, a grueling 15-miler. I had run the race several times before and done fairly well for an amateur runner. Not this time. At about the 12 mile mark I was so beat, I questioned why I was putting myself through it. Being as competitive (prideful?) as I am, I didn’t want to run if I couldn’t be constantly improving.

I haven’t run the Distance Run since, but I shelved my pride and kept running.

Then about 15 years ago my orthopedist said I had a condition called spondylolisthesis. Bad back. He told me to quit running.

Looks like my running days are over, for real.

I started sleeping in on Saturdays, but I wanted to stay in shape.  I found an old video from the 80s and started doing step aerobics. Then Tae Bo with Billy Blanks.  I did this for maybe three years. But I missed running.

I started out slowly. Not even a mile on my first run. Kept adding a little bit each time. I was soon running about three miles every other day. I wasn’t running like I used to, but I was running. And no back pain.

So of course I kept adding miles. Then hills. Then speed work. I ran a few races and actually won my age division a couple of times, which, really, is nothing to brag about. At my age, just showing up for the race almost assures you of a trophy. And if I can manage to knock out the guy with the walker ahead of me, then I win.

So I kept running. Then came the knee pain. I tried running through it but it only got worse. I laid off for a couple of days. When I tried again, the pain was almost unbearable. I did what you’re supposed to do. Ice and pain relievers. Nothing helped.

I went back to step aerobics. After a couple of weeks, I tried the treadmill. The pain was still there.

After about four weeks, I tried the treadmill again.  No pain for a quarter mile.

And then I was out on the road again.

That was a year ago. Yesterday I did about four miles of hills and speed work.

I’m sure some other ailments will pop up. I’ve had hamstring problems. Foot problems. But I take it easy for a few days and then I’m back at it.

Here’s what I’ve learned from running:

The body is very resilient.  Sure, there may be a time when my running days are really over. But it won’t be for lack of trying.

Be patient. Be positive. Be persistent.